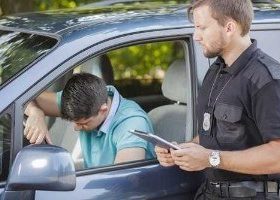 If you have been charged with a traffic violation in New York State, you may be unsure how to proceed. A lawyer will be able to ease your burden and guide you through the process. Here is some information on New York traffic violations.

It should come as no surprise that speeding is an all too popular form of traffic violation, with the penalties increasing according to how fast a vehicle was traveling above a posted speed limit. Use of a mobile device is another widespread violation; as New York is a “hands-free state,” sending text messages or talking on a handheld cell phone while behind the wheel are prime examples of unsafe choices. Other common traffic violations according to New York law include driving or changing lanes recklessly, tailgating, failing to restrain a child passenger, refusing to yield to a pedestrian or another vehicle, and running a red light. It is important to note that driving while intoxicated or while ability impaired is a crime, not a violation, and a different set of laws control cases such as these.

Some traffic violations result in the receipt of points on a driver’s license, and these points often lead to a wealth of negative consequences. The number of points depends on the type of traffic violation; for example, New York State will not assign points for improper parking, but failure to stop for a school bus will result in five points, and driving 31 to 40 miles per hour above a speed limit leads to eight points. New York drivers who regularly cross state lines will not have to worry about receiving points for traffic violations committed in Connecticut, Massachusetts, New Jersey, Pennsylvania, or Vermont. However, because of a shared agreement with two Canadian provincial governments, drivers with New York licenses are still eligible to accrue points for violations that occur in Ontario or Quebec.

If you have been charged with a traffic violation in the state of New York, fighting the ticket involves pleading “not guilty” in a court of law. Because the protocol for fighting traffic violation tickets varies by municipality, you should speak with a local attorney as soon as possible to ensure that you are responding appropriately.

Other than potential attorney or court fees, you will likely not be responsible for paying any penalty if you are found innocent. If you are found guilty, however, there are several potential consequences. Your license may be suspended, and you may accrue extra points. You may be responsible for paying your fines in full on the same day that you are convicted, and your sentence can include community service or even jail time. Your traffic violation attorney can help you to appeal a guilty verdict, the notice for which you must file within 30 days of your conviction.

If you have been charged with a traffic violation in New York State, please contact our experienced Jamestown traffic ticket lawyer today to schedule a free consultation.

Humble Law Offices is the premier law firm of experienced and successful Jamestown attorney Scott F. Humble. With over 30 years of experience, Scott Humble has helped thousands of Western New York residents with various matters involving personal injury, bankruptcy, family law, and criminal defense. If you are in need of an experienced Jamestown attorney, contact us today to arrange a free confidential consultation with attorney Scott Humble. Let his experience work for you.