Were you issued a traffic violation in New York? Contact experienced Jamestown traffic ticket lawyer Scott F. Humble today for a free consultation. Let his experience work for you.

All New Yorkers know that traffic violations are often a part of life. We may strive to follow all precautions while behind the wheel, but when we make mistakes, the law is there to hold us accountable. This does not mean, though, that every punishment is warranted. Though the vast majority of drivers do their best to respect the rules of the road, when minor traffic violations do in fact occur, the fines and penalties can sometimes seem excessive. It is in situations such as this that the driver has the right to fight any charges. 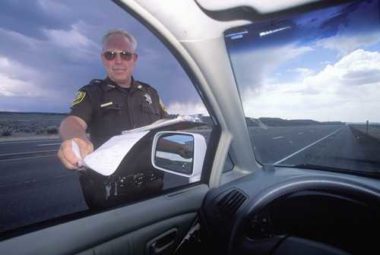 Traffic violations can happen due to a variety of factors. Certain intersections or roadways may not be designed in ways that are accessible to all drivers and vehicles. The presence of construction work can spur sudden changes in speed limits and the shapes of lanes. Paperwork errors by insurance company representatives can inadvertently leave a driver without coverage, much to the driver’s surprise. An officer may be prompted to issue a ticket for any of the above reasons, placing the blame on the driver rather than on external factors. But no driver should lose hope after receiving a ticket; representation in court from an experienced Jamestown traffic ticket lawyer can be instrumental in fighting and potentially dismissing any and all unwarranted charges.

What Counts as a Traffic Violation in New York State?

The state of New York, from Brooklyn to Binghamton to Buffalo, counts a profusion of major and minor actions as traffic violations. It should come as no surprise that speeding is an all too popular form of traffic violation, with the penalties increasing according to how fast a vehicle was traveling above a posted speed limit. Use of a mobile device is another widespread violation; as New York is a “hands-free state,” sending text messages or talking on a handheld cell phone while behind the wheel are prime examples of unsafe choices. Other common traffic violations according to New York law include driving or changing lanes recklessly, tailgating, failing to restrain a child passenger, refusing to yield right of way to a pedestrian or another vehicle, and running a red light. It is important to note that driving while intoxicated or while ability impaired is a crime, not a violation, and a different set of laws control cases such as these.

Some traffic violations result in the receipt of points on a driver’s license, and these points often lead to a wealth of negative consequences. The number of points depends on the type of traffic violation; for example, New York State will not assign points for improper parking, but failure to stop for a school bus will result in five points, and driving 31 to 40 miles per hour above a speed limit leads to eight points. New York drivers who regularly cross state lines will not have to worry about receiving points for traffic violations committed in Connecticut, Massachusetts, New Jersey, Pennsylvania, or Vermont. However, thanks to a shared agreement with two Canadian provincial governments, drivers with New York licenses are still eligible to accrue points for violations that occur in Ontario or Quebec.

Having points on one’s license can lead to increases in insurance premiums, though any price increase will vary by insurance company. Drivers are obliged to pay a Driver Responsibility Assessment fee if they accrue six or more points on their licenses within a period of 18 months, and this fee can be upwards of $100 each year. According to New York law, 11 points on a license within an 18-month period can result in suspension of driving privileges.

How Exactly Do I Respond to a Ticket for a Traffic Violation?

The easiest way to deal with a ticket is to pay the fine and accept the penalties. However, this option may not be right for a driver under certain circumstances. Because each of New York’s cities, towns, and villages has its own ordinances regarding traffic violations, a parking ticket in one area may impose a significantly higher fine than a ticket from another part of the state would bear. It is simply not feasible for every driver to pay lofty fines, and especially when a driver is in fact innocent of the traffic violation, it can make more sense to fight a ticket than to pay it.

If you have been charged with a traffic violation in the state of New York, fighting the ticket involves pleading “not guilty” in a court of law. Because the protocol for fighting traffic violation tickets varies by municipality, you should speak with an experienced Jamestown traffic ticket lawyer as soon as possible to ensure that you are responding appropriately. You may represent yourself during the hearing, but seeking representation from a traffic ticket attorney will be instrumental in helping you to get your charge dismissed. Be sure to show up for your court date, or a warrant may be issued for your arrest.

Other than potential attorney or court fees, you will likely not be responsible for paying any penalty if you are found innocent. If you are found guilty, however, there are several potential consequences. Your license may be suspended, and you may accrue extra points. You may be responsible for paying your fines in full on the same day that you are convicted, and your sentence can include community service or even jail time. Your traffic ticket attorney can help you to appeal a guilty verdict, the notice for which you must file within 30 days of your conviction.

Every driver has at least one story about a traffic violation ticket that seemed unfair. Getting caught in a speed trap at the bottom of a hill, receiving a ticket for allegedly parking just a few inches too close to a fire hydrant, and not noticing a hidden stop sign are among the most common complaints. Nevertheless, because the violation in each of these cases is minor and caused by circumstances beyond the driver’s control, the driver has the right to fight the ticket. Jamestown traffic ticket lawyer Scott Humble is well versed in the ins and outs of traffic violation cases, and we would be glad to advocate on your behalf in court. With the help of Jamestown traffic ticket lawyer Scott Humble, you will be able to build a strong case, and we will work tirelessly to get your ticket dismissed.

Were you issued a traffic violation in New York? Contact experienced Jamestown traffic ticket lawyer Scott F. Humble today for a free consultation. Let his experience work for you.