Were you or a loved one charged with driving while intoxicated in New York? Contact experienced Jamestown DWI lawyer Scott Humble for a free consultation. Let his 30+ years of experience help protect your rights.

There is never a valid excuse for driving while drunk. This extends also to driving while under the influence of other mind and mood-altering drugs, as doing so puts the lives of the driver, all passengers, and all other motorists in danger. If you are unable to think, move, and act clearly, even in case of emergency, you should not try to operate a motor vehicle. Attempting to drive while intoxicated or under the influence of drugs will easily alert local police, who have the power to impose fines and major penalties against irresponsible drivers. 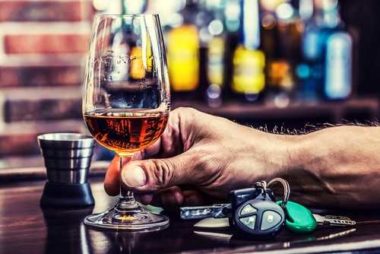 When you have been charged with DWI (driving while intoxicated) or with DWAI (driving while ability impaired) in the state of New York, you can expect to face a number of penalties once you are convicted, and some of these consequences will last for months after you receive your sentence. However, despite New York’s stringent DWI and DWAI laws, not every charge will result in an open-and-shut case. Repeat offenders will find it difficult, if not impossible, to convincingly argue against DWI and DWAI charges, but drivers arraigned for the first time may have some leniency. Despite New York’s “Zero Tolerance” law regarding underage drivers and blood alcohol content (BAC) levels, police officers and state courts can overlook a slightly elevated BAC on breathalyzer test. While it is a challenge and most often not practical to try to have a DWI or DWAI charge dismissed outright, New York state courts may show a small amount of flexibility in imposing penalties.

In order to fight a DWI or DWAI charge imposed against you or a loved one, you will need the assistance of an experienced Jamestown DWI lawyer to argue your case in court. While you will likely still have to contend with all the legal consequences of a DWI or DWAI conviction, your attorney will fight to have your charges reduced based on your particular circumstances. Experienced Jamestown DWI lawyer Scott Humble has over 30 years of experience advocating for clients following DWI and DWAI charges, and he would be glad to defend you in court.

What Are the Penalties for DWI Charges in the State of New York?

Note that the above penalties apply only to driving while intoxicated, which concerns driving with a BAC level of .08 or higher—or of .04 or higher for drivers of commercial vehicles. Driving with a BAC level between .05 and .08 counts instead as driving while ability impaired by alcohol (DWAI/alcohol). Because the amount of alcohol in the bloodstream is lower, the penalties are somewhat reduced. A first DWAI/alcohol conviction results in a 90-day revocation of driving privileges, a fine of $300 to $500, and a sentence of up to 15 days in jail. A second conviction can incur a six-month suspension of one’s license, a fine between $500 and $700, and a maximum of 30 days in jail. A third, fourth, or subsequent DWAI/alcohol conviction bears with it a fine totaling $750 to $1500 and a jail sentence of up to 180 days.

Do the Penalties for DWI Differ for Younger or Severely Drunk Drivers?

The state of New York has different standards, often described as “Zero Tolerance,” for drunk drivers under the age of 21 years. In contrast to the .05 BAC minimum for most adult drivers to qualify for DWAI/alcohol, drivers under 21 will be charged with DWI if their BAC levels are at least .02. There is no jail time imposed for a first offense of the Zero Tolerance law, but driving privileges will be suspended for six months, and convicted drivers will be required to pay both a $125 fine as well as a fee of $100 to end the suspension. The consequences are similar for a second offense, but the license revocation can last for a full year or even until the driver reaches the age of 21.

There is a significant difference in driving ability between a driver with a BAC level of .08 and one with a .18 BAC level, and New York state law treats these cases accordingly. Drivers who are found to have a BAC level of .18 or above will be charged with aggravated driving while intoxicated (aggravated DWI), and while the amount of jail time served mirrors that for standard DWI convictions, the other penalties are more serious. A first-time aggravated DWI will result in a fine between $1000 and $2500 and a revocation of one’s driver’s license for at least one year. The fine increases somewhat to $1000 to $5000 for second-time offenders, and driving privileges are suspended for at least 18 months. For a third conviction, the fine increases again to a sobering $2000 to $10,000.

Though most DWI cases are clear-cut, New York state law is well aware that not every case has an outcome set in stone. If you are charged with DWI or DWAI/alcohol, your arresting officer is required to prove that you were in fact both operating your motor vehicle at the time of the arrest, that you were intoxicated according to the results of a correctly administered chemical test, and that the officer lawfully stopped your vehicle. If your attorney can prove that any of the above criteria is inaccurate, the penalties that you will face upon conviction may change. For further help defending yourself in court, contact experienced Jamestown DWI lawyer Scott F. Humble for guidance and support as you prepare to fight your DWI or DWAI/ alcohol charge.