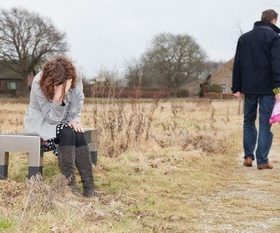 Are you considering a divorce but you’re not sure how to begin? There are NY grounds for divorce that you should understand before calling an attorney. Here is what you need to know.

There are three general categories of divorces: at-fault, no-fault, and separation. In the first of the three types of divorce, one spouse must prove that the other has committed a wrongdoing or a series of wrongdoings that has ruined the marriage beyond repair. No-fault divorces, in contrast, are filed when a marriage has simply broken down over a period of at least six months, and there is no one to legally blame for the end the marriage. Separation remains a widely used alternative to the above; separation can be granted when both spouses have elected to live separately for at least one full year.

The grounds for at-fault divorces vary from state to state, and New York is among the majority of states that continue to recognize particular circumstances as grounds for divorce. While other states merely require proof that a marriage is “irretrievably broken,” New York recognizes identifies four specific justifications for an at-fault divorce: abandonment, adultery, cruelty, and imprisonment. If one spouse has refused to cohabit with the other for at least one full year, has had sexual relations with another person, has engaged in physical or emotional abuse, or has been imprisoned for at least three years since the start of the marriage, the other spouse may file for divorce. There are further specific criteria that a couple must meet in order to file for an at-fault divorce, and in order to determine if any of these grounds is relevant to your case, you should consult a New York divorce attorney for legal guidance.

New York was, in fact, the last of the fifty states in the United States to permit no-fault divorce, adopting the legislation as recently as 2010. Though no-fault divorces can be smoother and less expensive than at-fault divorces, opting for a no-fault divorce merely to save time and money can potentially result in a disadvantageous outcome. If time is not a significant factor, separating from one’s spouse might be the optimal route to take. As long as both spouses have signed a Separation Agreement and lived at separate residences for at least 12 months, the couple can file for divorce using separation as its justification.

If you want to discuss your grounds for divorce, please call our office today to speak with our Jamestown divorce attorney Scott Humble.

Humble Law Offices is the premier law firm of experienced and successful Jamestown attorney Scott F. Humble. With over 30 years of experience, Scott Humble has helped thousands of Western New York residents with various matters involving personal injury, bankruptcy, family law, and criminal defense. If you are in need of an experienced Jamestown attorney, contact us today to arrange a free confidential consultation with attorney Scott Humble. Let his experience work for you.

One thought on “NY Grounds for Divorce”