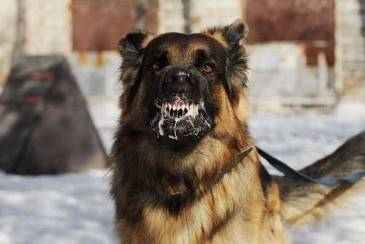 Dog bite injuries in New York are more common than you might think. If you have been injured after being attacked by a dog, you know how traumatic and painful this experience can be. In this article, we explain information on New York dog bite statistics. Contact our office to learn more.

Though the New York is the state with the third-fewest dog owners, coming behind only Massachusetts and Connecticut in terms of dog ownership rate, about three out of every ten households in New York are home to at least one dog. This means that the Empire State has a dog population of several million, with almost half a million dogs in New York City alone. New York state law does not put a limit on how many dogs a person or family can own, so it is not uncommon to find multiple dogs in a single household. These statistics together show that New York State as a whole is a dog-friendly region, with dogs far and wide treated as members of many families.

Between 2005 and 2017, there were 433 fatalities across the United States due to dog bites, 39 of which occurred during the year 2017 alone. Almost two-thirds of these deaths followed an attack by a pit bull, a breed with a notorious reputation. However, because “pit bull” is often used as an umbrella term for all dogs descended from both terrier and bulldog breeds, and because it is common for mixed-breed dogs resembling real pit bulls to be labeled as pit bulls, it remains unclear whether the pit bull breed is in reality statistically more likely to be involved in dog bite attacks. Despite measures such as breed-specific legislation gaining in popularity as a means of limiting attacks by breeds seen as inherently more of a threat to public safety, the American Veterinary Medical Association strongly encourages against the labeling of particular breeds as more dangerous than others. The National Canine Research Council (NCRC) has further found that breed-specific legislation is ineffective, recommending responsible pet ownership as the most humane path towards curbing and preventing dog bites.